Search
Bible Verse
Keep your lives free from the love of money and be content with what you have, because God has said, “Never will I leave you; never will I forsake you.”
Hebrews 13:5
Important Links
Fun Things
Prayers 4 You 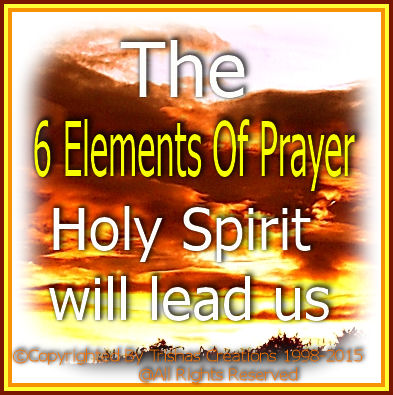 Even though God doesn’t require us to know what to pray… if we are silent and still the Holy Spirit will lead us into what to pray and how!

We always need to repent, and identify our feelings, our faith and wisdom, peace and Joy.

We need to show our honor to Him and be sincere when we pray. And, we need to show our love advancement and inward and not outward. We need to ask the Lord to help us guard our words, which also guards our hearts, and out of our hearts come love and repentance, praise and worship.

Jesus is believed to be the son of God according to Christianity. Jesus preached repentance to the people of Israel, encouraging them to turn away from sin that the Kingdom of God is near. The kingdom of God refers to heaven. According to Christianity whoever believes in Jesus and accepts him as their eternal lord and savior will make it to heaven. “Whoever believes in the Son has eternal life, but whoever rejects the Son will not see life, for God’s wrath remains on them” John 3:36.

This was Jesus preaching to the Israelite. When we repent and commit our lives to God, he brings out of imprisonment and cleanses our soul. He cleanses us by showing us love and acceptance. Repentance is a very important stage in every Christian’s life. Everybody is predestined to fall short of God’s glory; only by repenting can you attain his love and mercy back. Most of the well known prophets in the bible preached about repentance’s.

Apostle Paul who was one of Jesus disciples preaches a lot about repentance according to the bible. Acts 2:38 says “Repent and be baptized, every one of you, in the name of Jesus Christ for forgiveness of our sin” Apostle Paul was basically preaching about repentance to the people of Israel emphasizing the fact that they have to commit their lives to Christ. After the death of Jesus, Paul and the other disciples set the platform for the word of God to be speared.

Before Jesus there was a prophet called “John the baptize”. His purpose was essentially to prepare for the coming of Jesus. He also preached about repentance, “Produce fruit in keeping with repentance”  Luke 3:8. John was preparing for the coming Jesus Christ. He was telling the people to repent of their sin and commit their lives to God to prevent punishment.

God must punish all sinners or he is not just 2 Thessalonian 1:6. The story of the prodigal son is a Great example of repentance from the bible. In brief it’s about a boy who left his father’s house with all his personal belongings to live a life on his own. For a while he was fine, but over time slandered all his property and could not cope. He realized what he did was wrong, went back to his father to repent and confess his sins and his father welcomed him in with open arms. Jesus used this example to illustrate the power of repentance to people Israel. Luke 15:1-32. Sin is very difficult to escape so we should always learn to seek repentance from God.