Search
Bible Verse
And without faith it is impossible to please God, because anyone who comes to him must believe that he exists and that he rewards those who earnestly seek him.
Hebrews 11:6
Important Links
Fun Things
Prayers 4 You 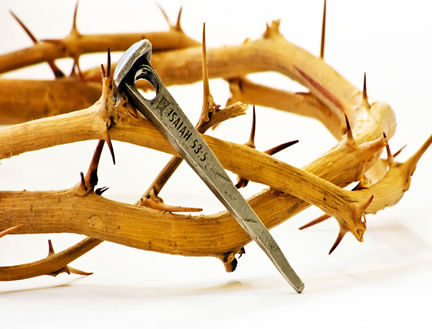 The highlights behind the Easter story include Jesus’ execution, His burial and, most importantly, His rising from death. His Resurrection has a meaning beyond any other death in History!

1. Easter is when Jesus Arose after dying on the cross, Three days after His death, a few women first found His tomb empty. HE IS ALIVE! Christians know that the kingdom of heaven has broken into earth’s history. The world is now headed for redemption, not disaster. God’s mighty power is at work, destroying sin, creating new lives, and preparing believers of JESUS’ second coming. Then Jesus appeared in front of them and His disciples, talking and eating with them. Out of doubts still, one disciple did not believe Jesus was alive again until he actually touched Jesus’ fatal wounds. In the following forty days, hundreds of people witnessed Jesus who had returned from death until He ascended to Heaven.

2. Because the Resurrection, Christians know that death has been conquered and that they too, will be raised from the dead to live forever with Christ. The resurrection of JESUS from the dead is the central fact of Christian history. On it, the church is built; without it, there would be no Christian church today. Jesus’ resurrection is unique. Other religious have strong ethical systems, concepts about paradise and the afterlife, and various holy scriptures. Only Christianity has a GOD who became human, literally died for his people and was raised again in the power and glory to rule his church forever. Christians can look very differently from one another, and they can hold widely varying beliefs about politics, lifestyles, and even theology. But one central belief unites all TRUE CHRISTIANS—- JESUS CHRIST rose again from the dead! Need more, go to 1 Corinthians 15:12-58

3. The Resurrection gives authority to the church’s witness in the world. Look at the early evangelistic sermons in the book of Acts: the apostles most important message was the proclamation that Jesus Christ had been raised from the dead!

4. The Resurrection gives meaning to the church’s regular feast, the Lord’s Supper. Like the disciples on the Emmaus Road, believers break bread with their risen Lord, who becomes in power to save them.

5. The resurrection helps Christians find the meaning even in great tragedy. No matter what happens in their walk with the Lord, the resurrection gives them hope for the future.

6. The resurrection assures Christians that Christ is ALIVE and ruling the kingdom. He is not a legend; He is alive and well, and most of all Real!

7. God’s power that brought Jesus back from the dead is available to all believers so that they can live for Him in an evil world. Jesus walked on this earth and He did many miracles, and He even went to hell, so he could become perfect. He passed all the temptations one could be tested for. Jesus, wasn’t the Easter Bunny….JESUS WAS A GIFT TO ALL OF US, from the Lord God the Father. It’s, not about candy and hiding of eggs, it is His time, it is for Him, He ROSE. Oh what a gift, we received from the Father above.

Jesus, died on the cross, for Our Sins, Our iniquities, our health, Our Jesus had promised eternal life to those who followed Him. If the story ended at His death, Jesus would have been no more than a religious figure with a finite life span. But the fact Jesus rose from death demonstrates He has the power over death, only through Him can people have hope for eternal life. Jesus said,  “For God so loved the world that He gave His one and only Son, that whoever believes in Him shall not perish but have eternal life” (John 3:16).

Jesus’ Appearances After His Resurrection

The truth of Christianity rests on the Resurrection. If Jesus rose from the grave, who saw Him? Was the witnesses trustworthy? Those who claimed to have seen the risen Jesus Christ went on to turn the world upside down. Most of them also died for being followers of Christ. People rarely die for having halfhearted belief. Look below, I have listed some of the people who saw Jesus risen from the grave.