Search
Bible Verse
If we confess our sins, he is faithful and just and will forgive us our sins and purify us from all unrighteousness.
1 John 1:9
Important Links
Fun Things
Prayers 4 You

How did We Get the Bible? 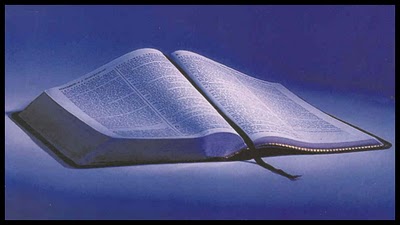 How did We Get the Bible?

What I am writing to you is from a paper I received from : BBS Good News.

It truly is a book because the word Bible means “BOOKS.” The Bible is made up of 66 Separate Books. They were written at different times over a period of several years (hundreds).

The Bible is divided into two separate testaments or wills. One is the Old Testament the other one is the New Testament.

The Old Testament was mainly written in “Hebrew and Aramaic.”

The new Testament was written in the “Common Greek language of the Day of Jesus.”

Thirty – Nine Books in the Old Testament and twenty-seven in the New Testament.
Both Testaments can be looked upon as a set of rules and guidelines on how we are to live, and so we can Walk With God. Rules that were given to help us have a honorable relationship with Him and our fellow man. These testaments can be called the Old Rules and the New Rules.

Even though both testaments were written by several disciples from different generations, each book both the Old and New Testaments fits together like a finished puzzle. They were woven together like one multipliable Colored cloth, showing forth a unified picture of the past, present and future. No wonder the Bible is said to be inspired.

How did we get the Old?

In many verses, the New testament refers to the Law of Moses when it is trying to teach that it is not in effect any more. Col 2:14 ; Romans 10:4

Several other inspired men wrote the rest of the Old Testament.

Example: Solomon, wrote most of the books in Proverbs The Songs of Solomon, and  Proverbs 1:1 ; Ecc1:1.

King David wrote many of the Psalms, which were songs about his joys, and his sorrows and his needs. He also spoke of the Christ in them Psalms 2:7, Psalms 22.

Several men called “prophets” spoke words from God that were written down, men such as Isaiah, Jeremiah, and Ezekiel. King David was also called a prophet Acts 2:29, 30.
Others contributed to the writings. The Jew were the keepers and collectors of these writings. All of them have been copied and translated over the years and delivered to us today.

How Did We Get The New?

The books were written approximately between 33 A.D. and 100 A.D, and were circulated among the gatherings of the believers. Col 4:16

In the first letter to Timothy, the apostle Paul actually quotes from the Gospel of Luke. 1 Timothy 5:18. Therefore, Luke’s Gospel was likely to have been circulated during the first Century. These books were written in the Greek Language of that day.

Matthew, John and Peter were apostles. Apostles were twelve specially chosen men who were eyewitnesses of Jesus when He was on Earth. Luke 6:13 ; Mark 3:14; Cor 12:28, 2 Cor 12:12. In this way, they could be the best witnesses to credibly tell others about Jesus.

Paul also was a specially chosen eyewitness of Jesus and the apostle 1Timothy 2:7. Yet Paul only saw Jesus in a vision Acts 9:1-7. Mark was a traveling companion of the apostle Paul Acts 12:25.

Mark was also called John, Luke traveled with Paul also. Luke, when writing the book of Acts, sometimes used the word “we” to indicate that he was with the apostle Paul when he traveled. Acts 16:10. Both Mark and Luke would have understood first hand from the apostle what the new message was all about.

James and Jude were followers of Jesus and actual brothers to Him. Gal 1:19, Mark 6:3, Acts 1:14. Therefore, they would be credible witnesses and writers of their New Testament books. In A.D 397, the Council of Carthage gave their formal acceptance of the 27 books in the New Testament.

Why are Other Books not In The Bible?

Two excellent reasons can be given for why other books are not included in the Bible.
First, they are not considered to be inspired by God. For example, several appeared between the period of both the Old and the New testaments. These have been grouped into what is called the Apocrypha.

The Apocrypha has been widely disputed as to whether it is inspired or not. The catholic Bible included some of the Apocrypha books. Yet most any other Bible does not. A second reason why other books are not included in the Bible is studied in the Lesson “if the Bible was a person…”