Search
Bible Verse
Good and upright is the LORD; therefore he instructs sinners in his ways. He guides the humble in what is right and teaches them his way.
Psalm 25:8-9
Important Links
Fun Things
Prayers 4 You

Hell What Does The Bible Say About Hell 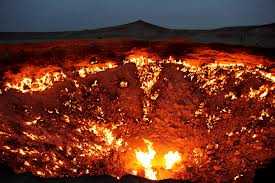 “Hell What Does The Bible Say About Hell”

There are so many people which do not think there is a “Hell” but there is, and one day soon they will find out.

Due to the world (sinful people) which refuse to repent this world is going to be punished and the “Wrath of God” is going to come and that will be all she wrote.

BIBLE READING: Matthew 25:41-46
KEY BIBLE VERSE: The King will turn to those on the left and say, “Away with you, you cursed ones, into the eternal fire prepared for the Devil and his demons!” (Matthew 25:41)

Eternal punishment takes place in hell (the lake of fire, or Gehenna), the place of punishment after death for all those who refuse to repent. In the Bible, three words are used in connection with eternal punishment.

Gehenna, or hell, was named after the Valley of Hinnom near Jerusalem where children were sacrificed by fire to the pagan gods ( 2 Kings 23:10; 2 Chronicles 28:3).

BIBLE READING: Romans 1:18-32
KEY BIBLE VERSE: God shows his anger from heaven against all sinful, wicked people who push the truth away from themselves. (Romans 1:18)

THE PUNISHMENT OF HELL IS JUST

In these verses, Paul answers a common objection: How could a loving God send anyone to hell, especially someone who has never heard about Christ?

In fact, says Paul, God has revealed himself plainly in the creation to all people. And yet people reject even this basic knowledge of God. Also, everyone has an inner sense of what God requires, but they choose not to live up to it. Put another way, people’s moral standards are always better than their behavior. If people suppress God’s truth in order to live their own way, they have no excuse. They know the truth, and they will have to endure the consequences of ignoring it.

THERE ARE NO SECOND CHANCES IN HELL

Death and hell are thrown into the lake of fire. God’s judgment is finished. The lake of fire is the ultimate destination of everything wicked-Satan, the beast, the false prophet, the demons, death, hades, and all those whose names are not recorded in the book of life because they did not place their faith in Jesus Christ.

John’s vision does not permit any gray areas in God’s judgment. If by faith we have not identified with Christ, confessing him as Lord, there will be no hope, no second chance, no other appeal.

If you have any doubts, as to where you will end up when you die or when Jesus Christ returns, then please “Ask Jesus to come into your heart, and ask for forgiveness of your sins. He will enter your heart and you become one in Christ.”