Search
Bible Verse
But even if you should suffer for what is right, you are blessed. “Do not fear their threats; do not be frightened.”
1 Peter 3:14
Important Links
Fun Things
Prayers 4 You 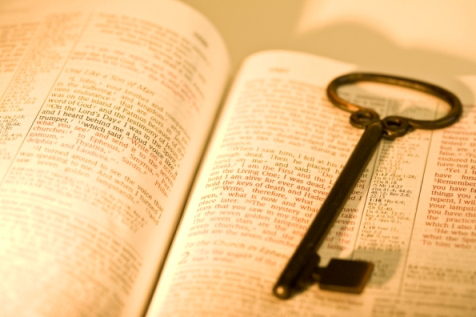 “The Foolishness of Nature Worship“

The Foolishness of Nature Worship

1 All people who were unaware of God were foolish by nature. Despite the good things they could see, they were unable to perceive the God who is, nor did they recognize the craftsman, though they observe his works.

2 But they imagined that fire or wind or swift air or the movement of the stars or rushing water or the heavenly lights are the gods that rule the world.

3 If mere beauty caused people to believe these things were gods, let them know how much more beautiful is their Lord, for the author of all beauty created these things.

4 Or if people were amazed by their power and energy, let them learn from these things how much more powerful is the One who made them.

5 For the Creator can be seen and understood through the greatness and beauty of creation.

6 But yet such people should not be blamed very harshly, for perhaps they went astray while seeking God and desiring to find him.

7 For they are familiar with his works and search diligently, but they fall victim to mere appearances, for the things they see are beautiful.

8 But even so, they are not to be excused.

9 For if they know so much that they can speculate about the world, how have they been so slow to find the Lord of creation?

The Foolishness of Idolatry

10 But those who set their hopes on dead things are miserable. They worship “gods” made by human beings— works of gold and silver skillfully shaped to resemble animals, or useless stone, the work of someone long ago.

11 A skilled woodcarver cuts down a suitable tree and deftly strips off all the bark. Then with admirable precision he forms a bowl that is useful in daily life.

12 He burns the fallen chips from his work to heat his food so that he can eat his fill.

13 But one stick is left over, seemingly good for nothing, since it is crooked and full of knots.This he carefully carves in his spare time. With leisurely skill he fashions it; he gives it the shape of a human

14 or of some worthless animal. He coats it with crimson paint and colors it red, covering every blemish with paint.

15 Then he makes a special place to put it and sets it in a wall, fastening it with iron.

16 He must take care of it so it doesn’t fall because he knows it cannot help itself; it is only an image and needs his help.

17 But then he prays to it about his possessions, his marriage, or his children; he is not ashamed to speak to a lifeless object. For health, he appeals to a thing that has no strength;

19 for money, work, and success in business he asks for strength from a thing that is unable to help itself.

Trust in God, Not Idols

1 Again, a person preparing to set sail on a voyage over raging waves calls upon a piece of wood more fragile than the ship that carries him.

2 For it was the desire for profit that planned the vessel, and wisdom was the craftsmen who built it.

3 But it is steered by your providence, O Father, for you have made a path for it even in the sea, and a safe way over the waves.

4 This shows that you can save people from every danger, so that even an inexperienced person can make a sea voyage.

5 For you want people to use the objects produced through your wisdom. So people trust their lives even to the smallest piece of wood; they pass over the waves on a raft and arrive safely on land.

6 Even from the beginning, when the proud giants were being destroyed, Noah, the hope of the world, took refuge on a raft, and you led him to produce a new human race.

7 For blessed is the wooden object by which righteousness comes.

9 For equally hateful to God are the wicked and their wicked deeds.

10 Both the thing that was made and the one who made it will be punished.

11 Therefore, pagan idols will be condemned because they have become a terrible sin, even though they belong to God’s creation. They are snares for human souls, and a trap for the feet of the foolish.

The Origin of Idolatry

12 Immorality came about when idols were first made, and life was corrupted by their invention.

13 They did not exist from the beginning, nor will they last forever.

14 Futile thinking brought them into the world, and swift destruction is planned for them.

15 For a father, mourning the untimely death of his child, made an image of the child who had been suddenly snatched from him. He then worshiped as a god the image of a corpse and devised secret rites and initiations for his household.

16 The wicked custom became established over time and was regarded as a law. Carved images of tyrants were worshiped at their command.

17 Some people could not honor the rulers in person since they lived far away. So they imagined what the rulers looked like and made a visible image of the king they wished to honor. They did this to flatter the king as though he were present.

18 Then even those who did not know the king were spurred on to worship him—all because of the artisan’s ambition.

19 For he, perhaps wishing to please his ruler, labored with all his skill to make the likeness even more beautiful than the actual person.

20 Then the masses, carried away by the beauty of the work, decided to worship the one they had honored as a mere mortal just a short time before.

21 And this became a trap for people; in their bondage to misfortune or tyranny, they gave objects of stone or wood the name “God”— a name that is not to be shared with others.

The Evils of Idolatry

22 It was not enough for them to hold misconceptions about God. They also live in great conflict due to ignorance, and they call such evils peace.

24 They keep neither their own lives nor their marriages pure, for they treacherously kill each other or harm each other by adultery.

25 Everything is chaos— blood and murder, theft and deceit, corruption, unfaithfulness, riots, lying,

26 confusion over what is good, neglect of favors, corruption of souls, sexual perversion, disorder in marriages, adultery, and shameless living.

27 For the worship of nameless idols is the source and cause and result of every evil.

29 Because they trust in lifeless idols, they swear falsely and expect to suffer no harm for it.

30 But for two things they will be justly punished: because they misunderstood God when they worshiped idols, and because they made false oaths since they despised what is holy.

31 For the wicked and their sins are pursued not by the power of the things by which people swear but by the just punishment of sinners.